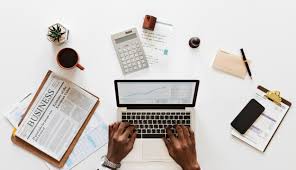 Big tech does play a part in your small business, maybe more than what you think.

On July 29, members of the U.S. House of Representatives questioned four major tech heads on concerns of monopolistic and privacy-invasive behavior. Questions from every direction pummeled the witnesses: Mark Zukerberg (CEO of Facebook), Jeff Bezos (CEO of Amazon), Sundar Pichai (CEO of Google) and Tim Cook (CEO of Apple).

As is the case with matters of public relations, each went to great lengths to divert and undermine legitimate questions with vague and intentionally misguided responses. While some took a more direct and straightforward form of interaction with the congressional people, none of the witnesses provided a definitive or sincere answer. With the rise of modern tech giants, market dominance in an age of weak privacy protection defines a broader problem than earlier examples of monopolies.

In the pre-internet era, anti-competitive behavior was characterized solely by the dominance of a market and near-complete control of pricing. Competition is the backbone of innovation and fair pricing, which motivated Congress in 1890 to pass The Sherman Antitrust Act. Other laws followed, including the Federal Trade Commission Act and the Clayton Act in 1914.

According to the Federal Trade Commission, these laws “…protect the process of competition for the benefit of consumers, making sure there are strong incentives for businesses to operate efficiently….” While these considerations are still relevant today, data collection, targeted ads and lengthy terms of service agreements make unfair competition even easier for companies who have piles of cash and a workforce on hand.

Amazon’s history of using third-party seller data to develop competing products at a much lower cost is a significant threat to anyone growing alongside Amazon. Since Amazon has massive revenue streams from places like Amazon Web Services (AWS), it can afford to lose where its competitors can’t. They’ve used similar tactics often in the past, with diapers.com being a standout example from the recent hearing.

Large companies also have a practice of divvying out large amounts of cash for small startups, just to wait long enough for them to be repurchased for a profit. As Jeff Bercovici from Inc. stated, “Big tech loves small business, just as long as it stays small.”

Each small business is different, but it still pays to diversify your reliance on large companies. Weigh your need for convenience with the benefit of privacy. There’s a multitude of different applications that will suit your need for privacy and convenience well enough.

While Google might not be a threat to your business in the present, it’s easier to be cautious now than sorry later; terms of service can switch quickly. If you’re selling online, it pays to sell several places rather than just one. At the drop of a hat, you may be making decisions that affect your business’s future. This is a reminder to make the right decision before it’s too late. Don’t be trampled by the giants; you’re small enough to run away.